A suspected burst valve which led to the collapse of a crude oil storage tank at Willowton Oil Mills in Ohrtmann Road left six workers injured and sent about 240 tons of effluent flooding the Baynespruit tributary of the Duzi River.

Environmental experts described this as one of the worst incidents of pollution the city had ever seen.
David Sweidan, Willowton Group marketing executive, said yesterday that the incident was being investigated. “Our current main focus is to ascertain any environmental impact potentially caused and ensuring the containment and necessary rehabilitation required,” Sweidan said.

He said the immediate on-site response from their teams ensured minimal injuries.

“Those injured were treated on site before being transported to nearby medical facilities for further treatment.”

Sweidan said a full report and assessment will be made to all relevant departments once the investigation has been completed.

A local private hospital confirmed the six workers who were injured were in a stable condition yesterday. “The ... men were all treated for smoke inhalation, abrasions, cuts and physical injuries. Three were taken into the general ward, while the other three were [initially] taken into ICU because of the severity of their injuries,” said a spokesperson.

Msunduzi Municipality spokesperson Thobeka Mafumbatha said subsequent to the first incident two additional tanks containing fatty acids and caustic acid were dislodged, resulting in a cocktail of the three substances flooding the premises and spilling out into the Baynespruit.

Yesterday, Drizit and Spilltech staffers worked to contain the spillage, which had already flowed about 15 km downstream.

“The substances have caused significant impacts on the pH, suspended solids, oils and greases, chemicals and biological oxygen demand of the water quality resulting in fish kills and damage to all aquatic flora and fauna,” said Mafumbatha.

She said clean-up companies were using floating booms and an absorbent agents to remove the contaminants.

Umgeni Water will be releasing water from Henley Dam to dilute the pollutants, she said.

“Together with the clean-up processes, it could take up to 48 hours. Willowton Oil Mills have ceased all production until Sunday,” she added.

Mafumbatha said the discharge of chemicals into any water body was strictly prohibited. “The Duzi river and all its tributaries within Msunduzi are sampled and analysed weekly for microbiological and chemical compliance by Umgeni Water and the Environmental Health unit.

“We will be enforcing our by-laws because incidents of such a nature are governed by Section 28 and 30 of the National Environment Act.”

• This email address is being protected from spambots. You need JavaScript enabled to view it.

WHEN The Witness went to the Grimthorpe low-level bridge in Lincoln Meade­ yesterday morning, a chemical smell permeated the air. White milky foam blanketed the water and a yellow oily film clung near the river bank. Barbel in the river were jumping out of the water gasping for air.

An environmental expert, who asked to remain unnamed, described the situation as “the worst incident ever seen in Pietermaritzburg”.

“The effect is major at the moment,” said the source. “There is product at least from the Grimthorpe low-level bridge heading down towards the Table Mountain Valley. It is extensive. The oil has gone down every available hole. It has also gone down the sewers, which is around the Darvill Waste Water Treatment Site, and created a huge problem as well as it being in the river.”

The source said the spillage is not going to be easily stopped.

“Floating booms are almost no use whatsoever as it just goes underneath. The pH change alone probably killed a lot of the aquatic organisms,” said the source.

Another environmental expert described the situation as one of the top three pollution events to hit the Duzi in the last 30 years.

“The pH was so high it made the oil almost completely mix into the river water, some of it was made into soap. It is going to be extremely difficult to handle. It is not going to be easily stopped.”

Faye Brownell of the Duzi uMngeni Conservation Trust (Duct), which is contracted by Msunduzi Municipality, said they would be conducting biological sampling today to determine the extent of the implications.

“We have been asked to keep away because it is hazardous. We will have bio-monitoring staff upstream to see what the implications have been,” Brownell said.

Janet Simpkins of Save Our River ZA, which has been involved in a catchment investigation of the Duzi and uMngeni river system since January, said races like the Dusi Canoe Marathon have lost sponsors because of the water quality. 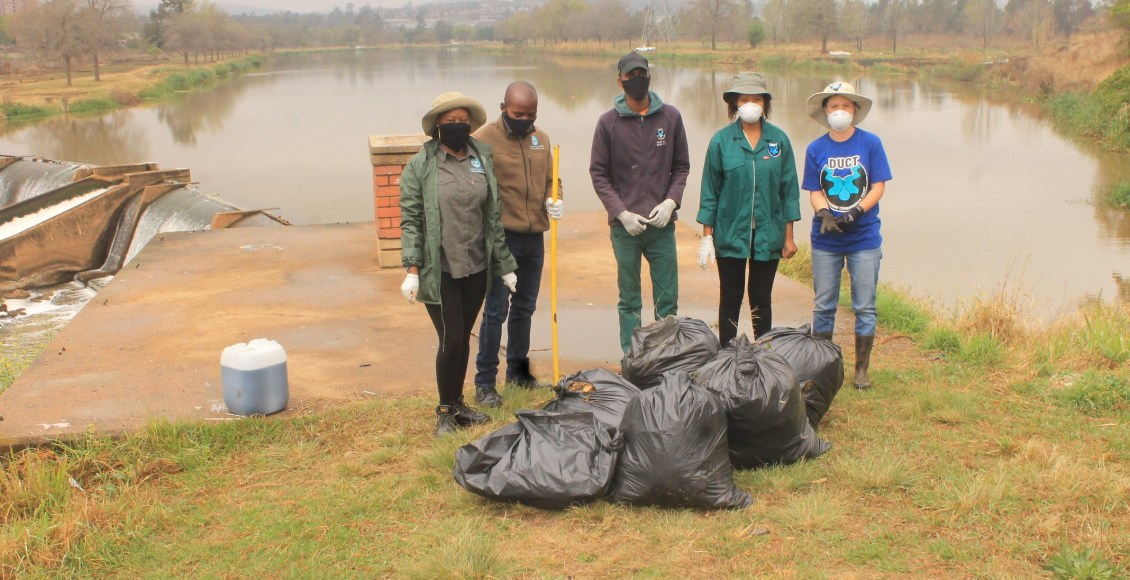 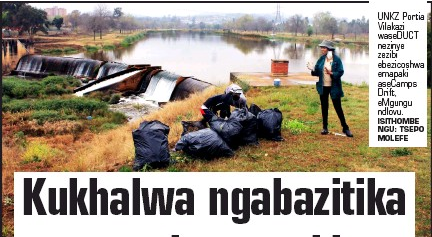 The Witness 14 Sep 2020 BYRONE ATHMAN VOLUNTEERS cleaned up the banks of the Msunduzi River at Camps Drift on Friday. Litter and alien invasive plants were removed as part of the Camps Drift... 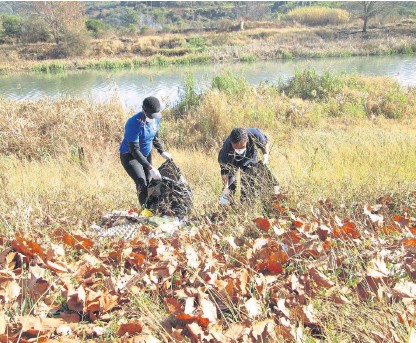 THE Duzi uMngeni Conservation Trust (Duct) has called on businesses in the Camps Drift vicinity to help the organisation keep the Msunduzi river clean and improve the appearance of the area. Duct has... 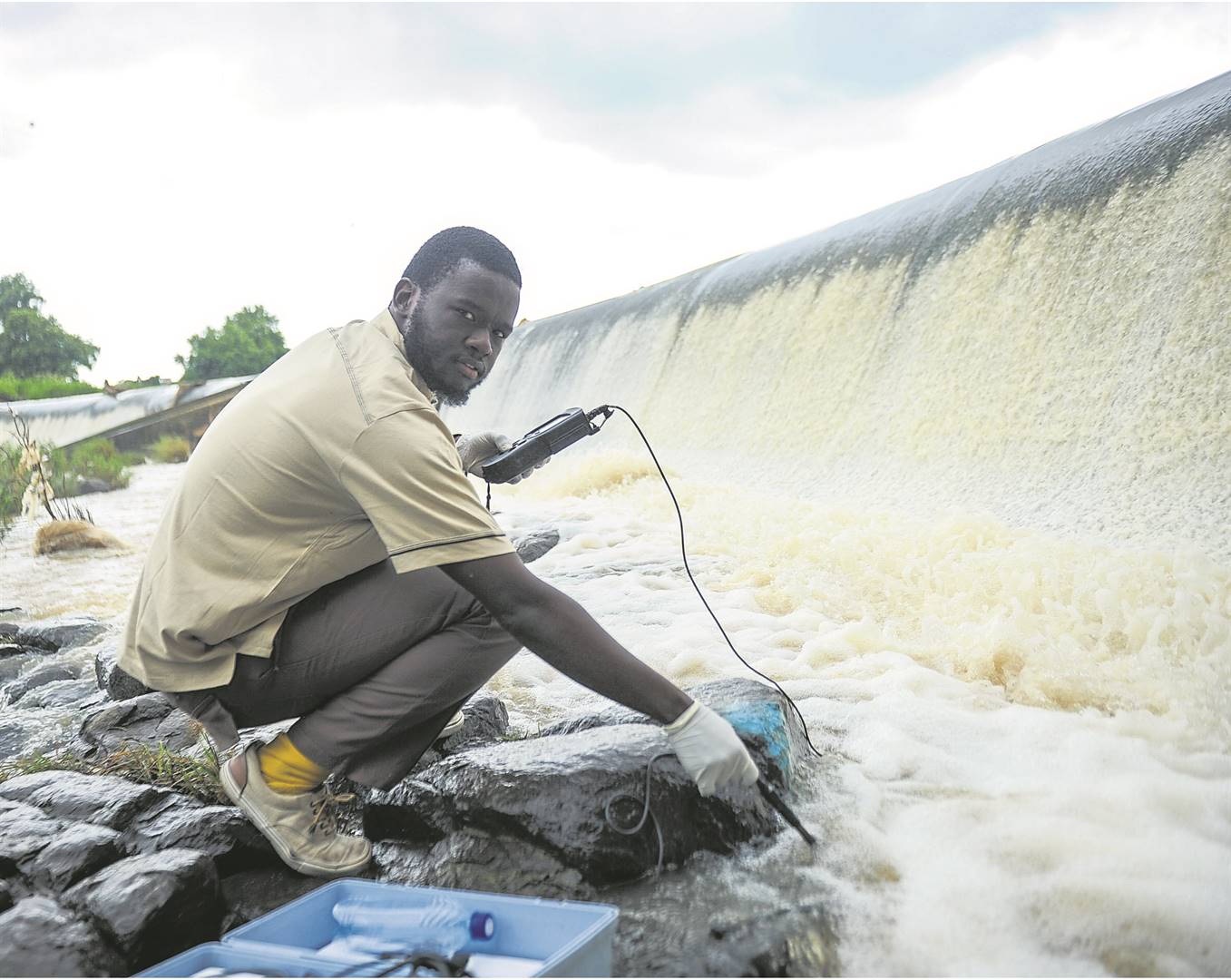 The river life that was affected by last August’s massive vegetable oil and caustic acid spill is recovering well, with invertebrates, amphibians and fish re-populating the river.   Hundreds of thou...

Rush to clean the Duzi 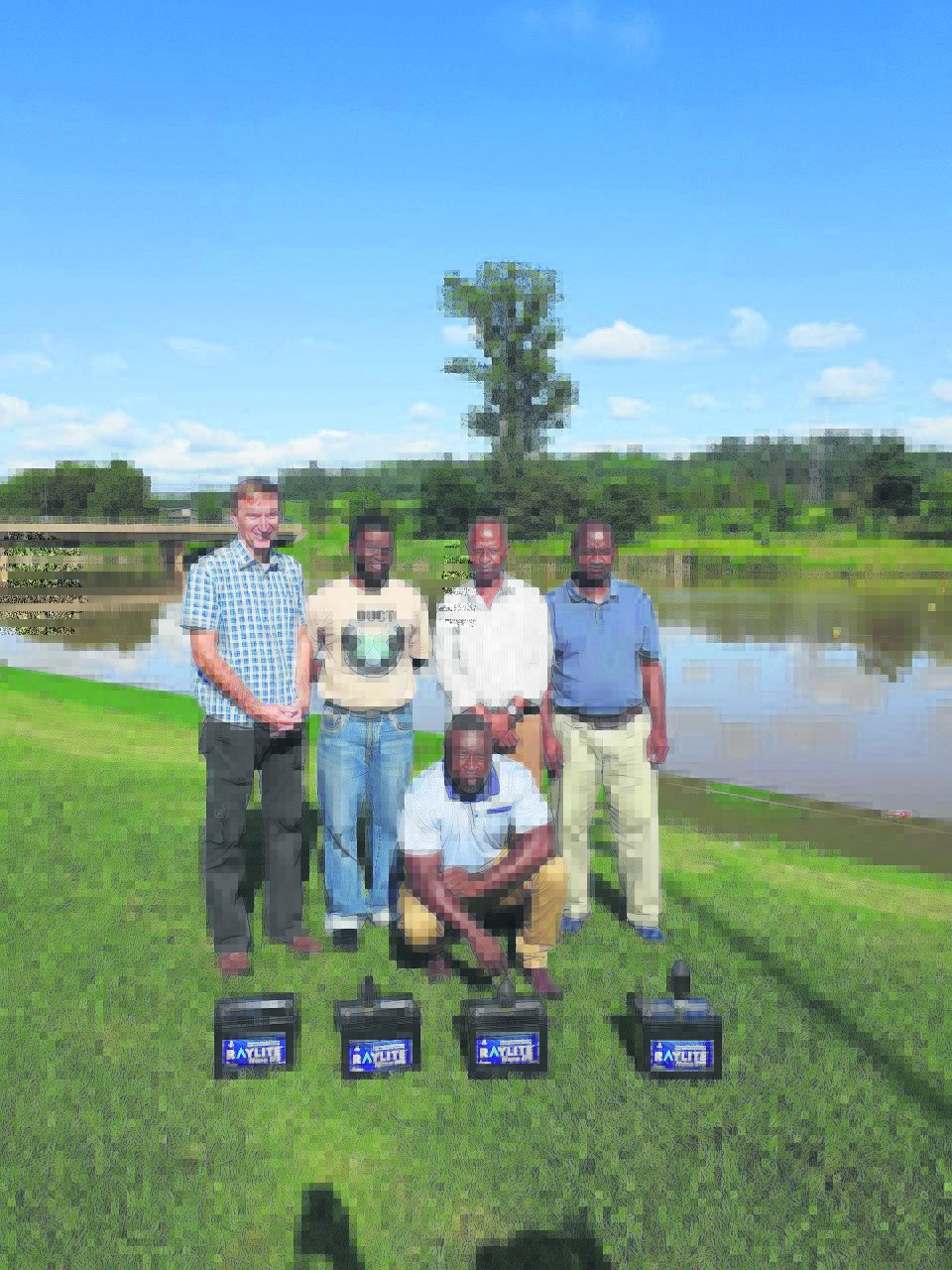 With the Dusi Canoe Marathon just five days away, the raw sewage spills into the Msunduzi River are at an all-time high, causing a serious hazard to hundreds of paddlers’ health. The famous three-day... 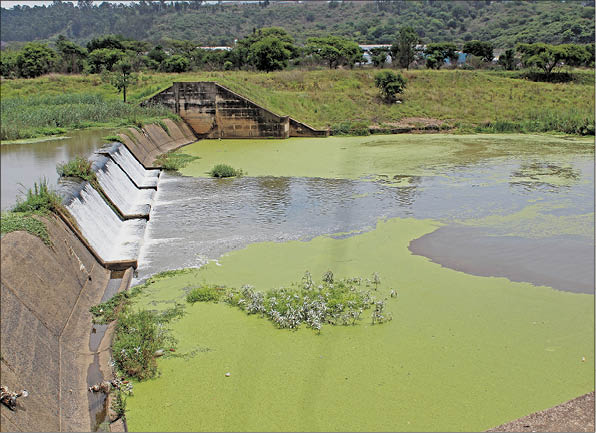 The Dusi has died... but it can be saved

The Dusi has died... but it can be saved Durban - The latest Dusi pollution crisis is an opportunity to turn the situation of Pietermaritzburg’s rivers around, according to David Still of the Duzi Um...

City’s rivers of pollution The sources of industrial pollution in the Mkondeni Spruit have been identified and a clean-up is currently underway.This follows several reports by The Witness dating back...

Sewage dirties dam Part of Midmar Dam has been declared off limits amid a public outcry over sewage flowing into the dam, which has drawn renewed attention to a historical sewerage problem plaguing t...

Toxic sludge chokes Duzi A suspected burst valve which led to the collapse of a crude oil storage tank at Willowton Oil Mills in Ohrtmann Road left six workers injured and sent about 240 tons of effl...

Experts working to contain oil spill in the Msunduzi River 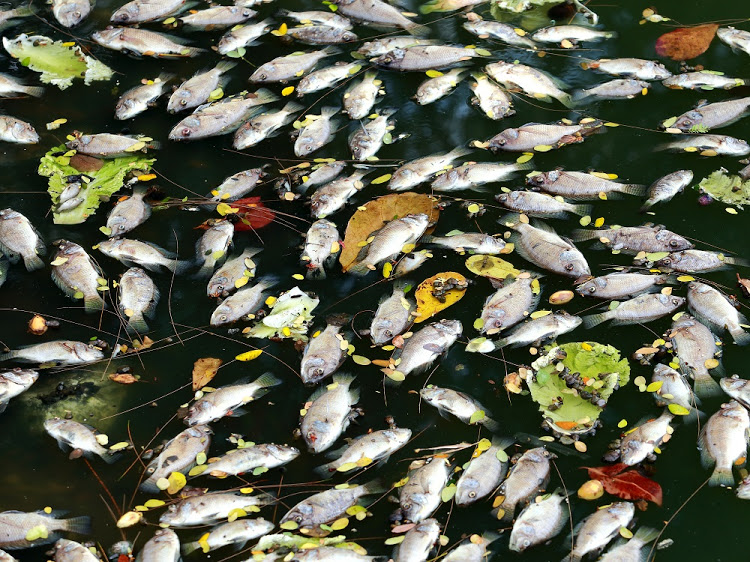 Environmental groups condemn KZN government's slow response Dozens of environmental experts and activists are working around the clock to clear up about 1.6-million litres of fatty oils and caustic s...

The ‘dead Dusi’: What’s being done to resurrect it, and other rivers 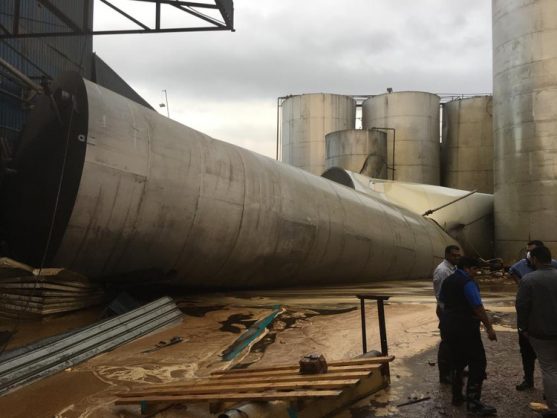 Durban-Pietermaritzburg river pollution is a microcosm of nationwide water pollution control failures. Sometimes, a really bad dose of pollution news can have a silver lining. On 13 August about 30,... 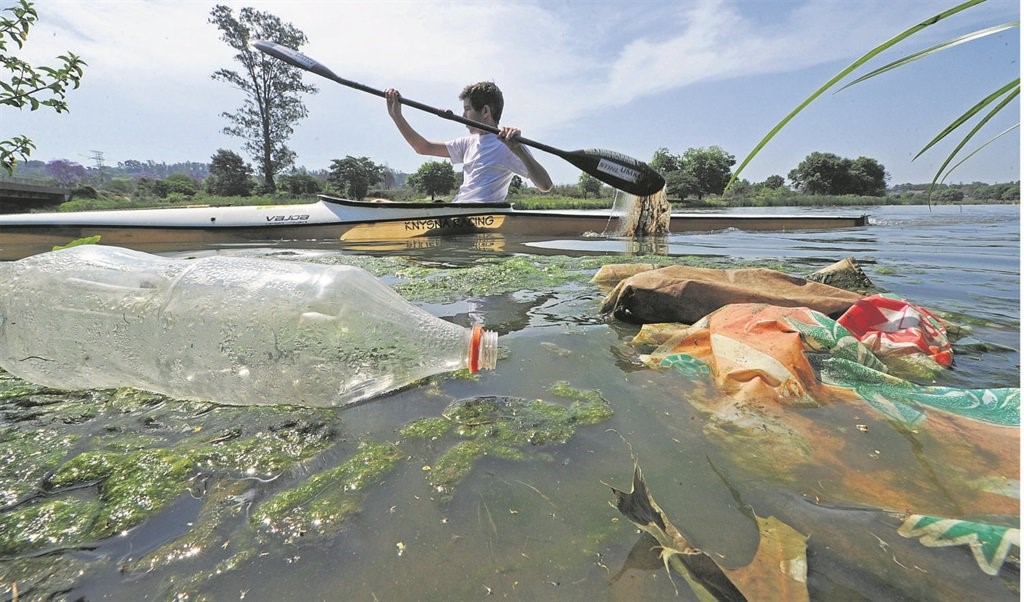 While the army has been called in to help clean the heavily polluted Vaal River, water quality in the dirty Duzi continues to deteriorate. And while the Vaal River is seeing E. coli counts currently ...

Sewage in the stream 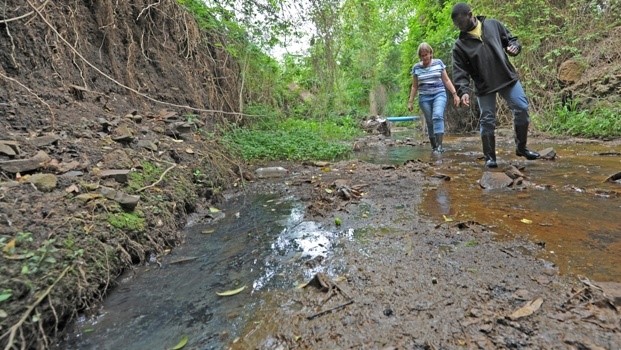 Burst and blocked sewer pipes combined with illegally discharged factory effluent are decimating wildlife in some of the city’s rivers and streams. The Mkondeni Spruit, which runs through Hayfield...

Concerns over humans and wildlife being affected have been raised following the major oil spill in the Dorpsruit on Tuesday. On Tuesday, the Duzi-uMngeni Conservation Trust (Duct) received repo...

This week is National Water Week and to mark the fact, Umgeni Water teamed up with the Duzi-uMngeni Conservation Trust (Duct) and schools in Edendale to clean up streams in Imbali and Dambuza. ...

Oil Spill a threat to wildlife and humans 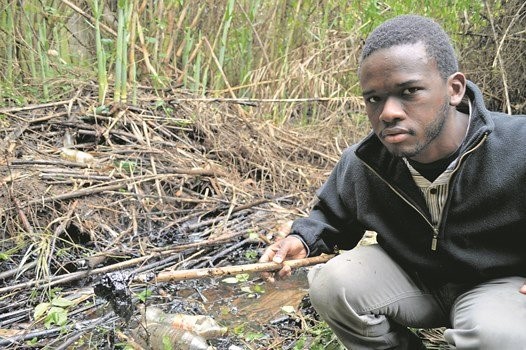 Concerns over humans and wildlife being affected have been raised following the major oil spill in the Dorpsruit on Tuesday. On Tuesday, the Duzi-uMngeni Conservation Trust (Duct) received repo... 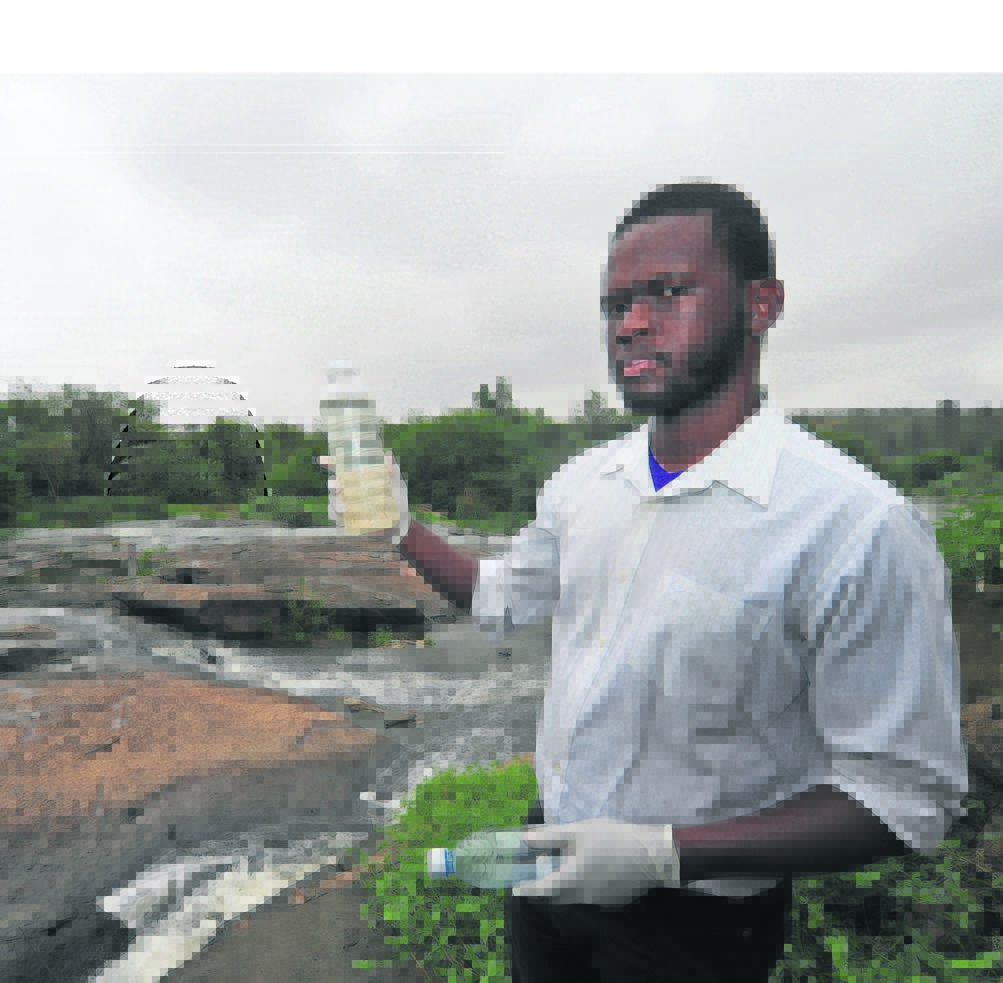 An intensive investigation is under way to determine the reason for scores of dead fish being found floating in the Msunduzi River on Wednesday. Msunduzi Municipality, the Duzi-uMngeni Conserva... 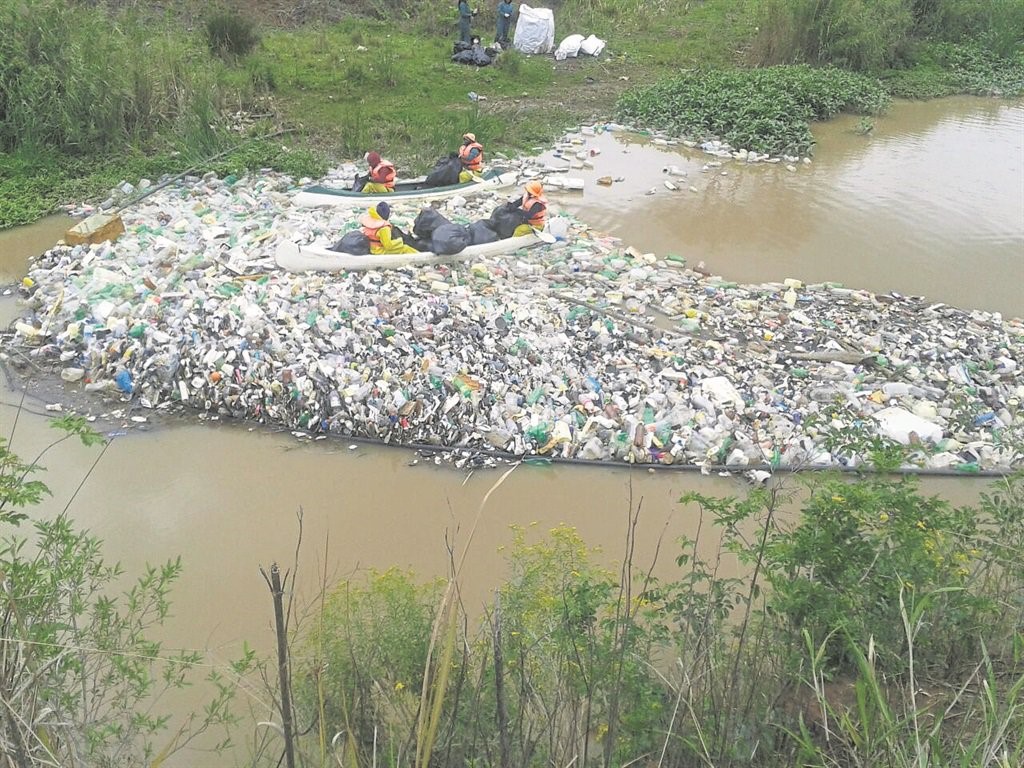 KEEPING rivers clean is everyone’s responsibility as dirty rivers have a negative impact on the lives of many. Some people are under the impression that because they have taps with clean runnin... 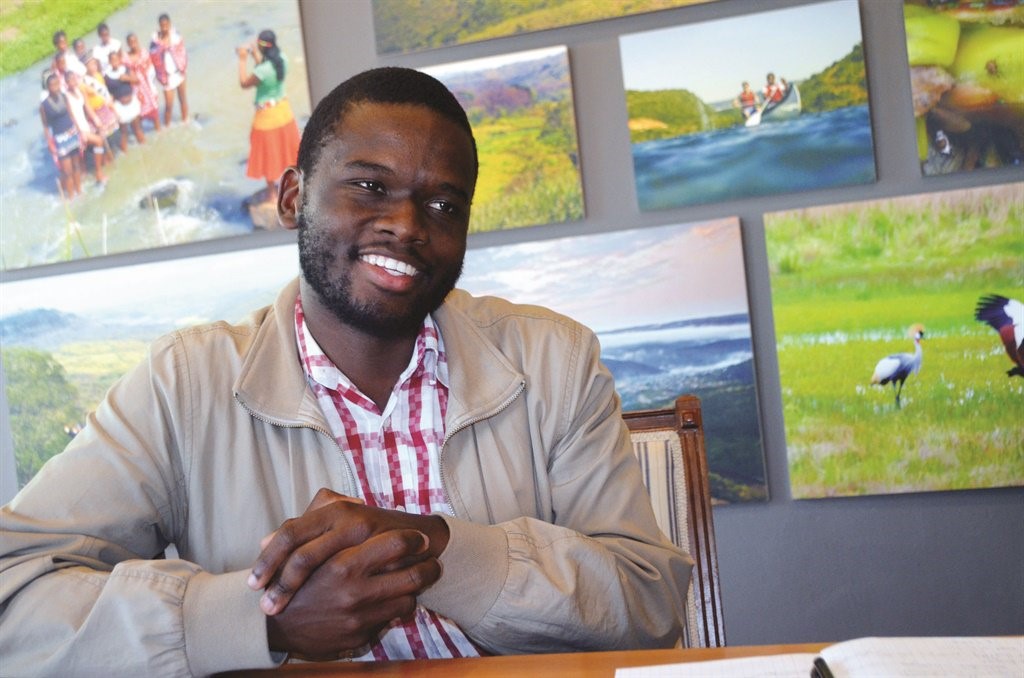 Pollution is everyone’s problem. It requires all hands on deck instead of everyone looking to a few to keep our rivers free of the rivers of waste that compromise water quality. This is what I...

Rivers don’t lie. An array of litter and other assorted objects are among the flotsam flowing down tributaries to the uMsunduzi River every day. The Witness recently accompanied Duzi-uMngeni C...

The current water quality in the Duzi River is at its worst ever. Environmentalists have raised alarm bells saying “it has been one of the worst summers for water quality”, with a peak in poor ...

The Msunduzi municipality is partnering with the Duzi Msunduzi Conservation Trust (Duct) to monitor the health of the city’s rivers. Municipal manager Mxolisi Nkosi said they decided to partner wi...

Duct intends cordoning off hyacinth with 1000 metre rope for Duzi

WATER hyacinth blockages along the Msunduzi and uMngeni rivers is an ongoing problem for the organisers of the Dusi Canoe Marathon and this year is no different as the rapidly multiplying water ... 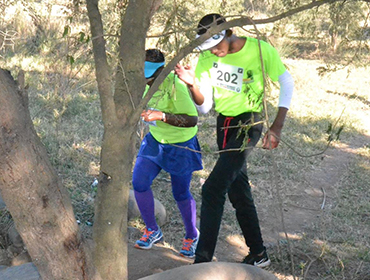 DUCT OFFICE HAS MOVED! After being well established in Popes Canoe Centre at 4 Edmond Place, Camps Drift, the DUCT office has moved to 240 West Street. Although we are no longer in sight of the uMsun...

Appraising the recent achievements of our operations manager – Sithembiso Sangweni 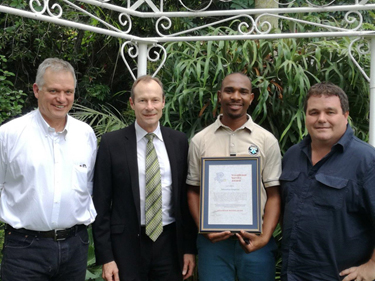 It is always such an honour to see someone who is dedicated and passionate about nature to receive such recognition. The Duzi Umngeni Conservation Trust Operations Manager Sithembiso Sangweni received... 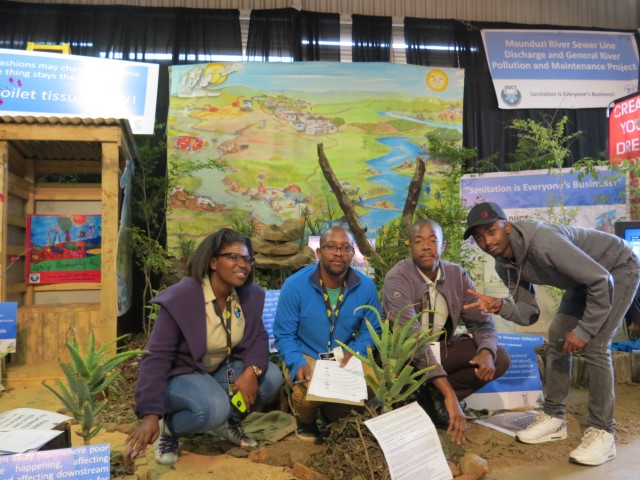 DUCT Education participated in the Happy Earth Hall, a project of the Happy Earth Forum during the Witness Garden show from 23rd to the 25th of September. With regards to putting up our stand, we got ...

Our AGM in December rounded off 2015 with a good attendance and an extremely interesting talk by our Guest Speaker, Paolo Candotti, Chairman of Kloof Conservancy.   We said goodbye to Steve Cohen as...

To Frack or Not to Frack 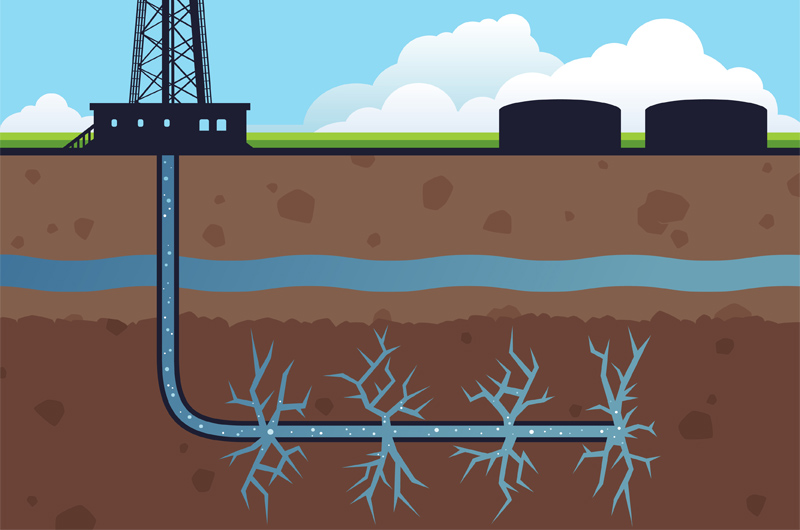 TO FRACK OR NOT TO FRACK?   Submitted by David Still, Chair of the Duzi-uMngeni Conservation Trust, writing in his personal capacity   This article was published in the Witness on Tuesday, 3 Novem... 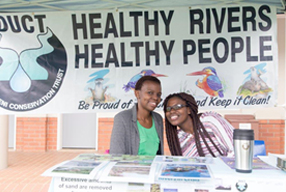 After a lengthy break, our newsletter is back in production! Hopefully, you have all been keeping up to date via our website: www.duct.org.za   Snake awareness training: by Sithembiso Sangweni  ... 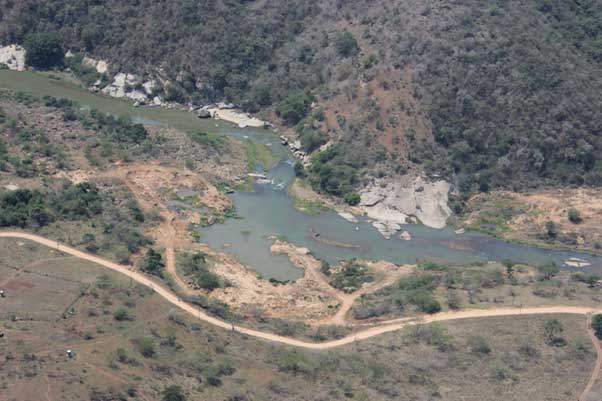 Sand Mining Rehab Guidelines The relationship between man and the resources that water courses possess can be described as one sided, with human beings being accused of over exploiting river resource... 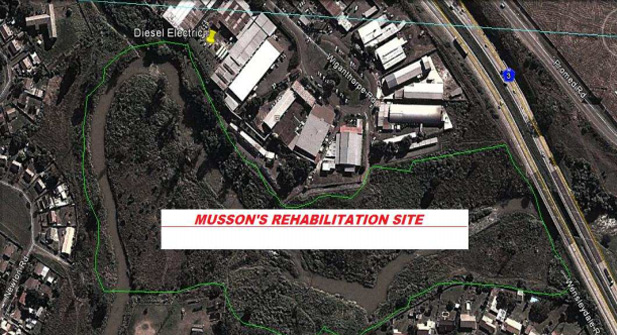 Intorduction All EMP reports require a vegetation assessment; this involves a site investigation of all plant material present on the site. This assists the developer/rehabilitator to identify those ... 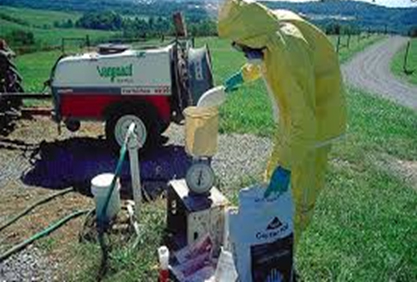 Herbicide management Introduction Vegetation under the control of DUCT must be managed in an environmentally responsible and cost effective manner. Various methods can be employed to achieve this en...

International Day for action for Rivers 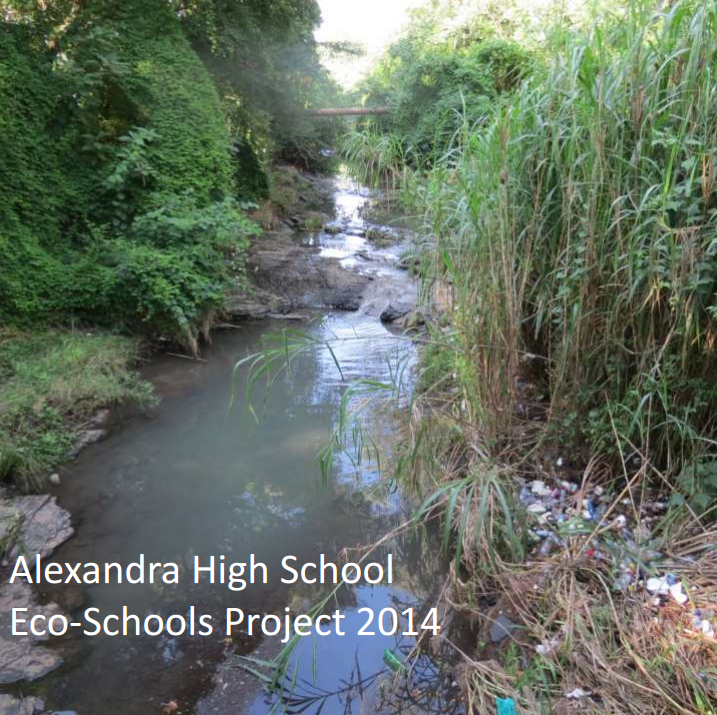 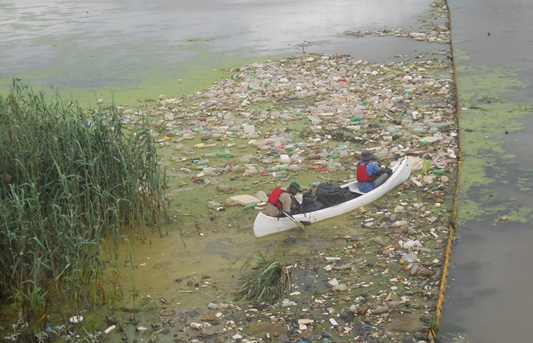 Improved Water Quality We lobby for improvements to the sewage infrastructure and the operation and maintenance of that infrastructure in Pietermaritzburg and Durban.  We also keep an eye on water qu... 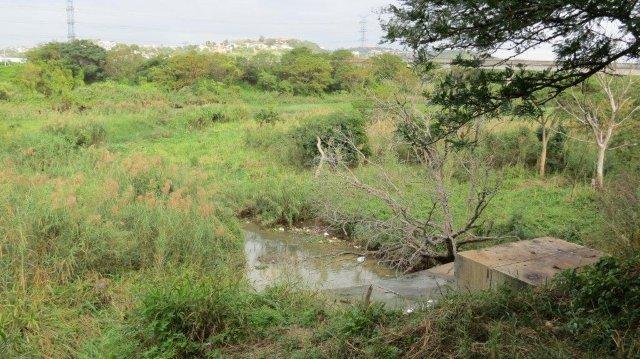 A Post- Walk Update from Penny Rees..... Follow our uMngeni River Walk blog at : http://umngeniriverwalk.wordpress.com/ Okay, so here I sit in Howick with the late afternoon sun streaming onto my ve... 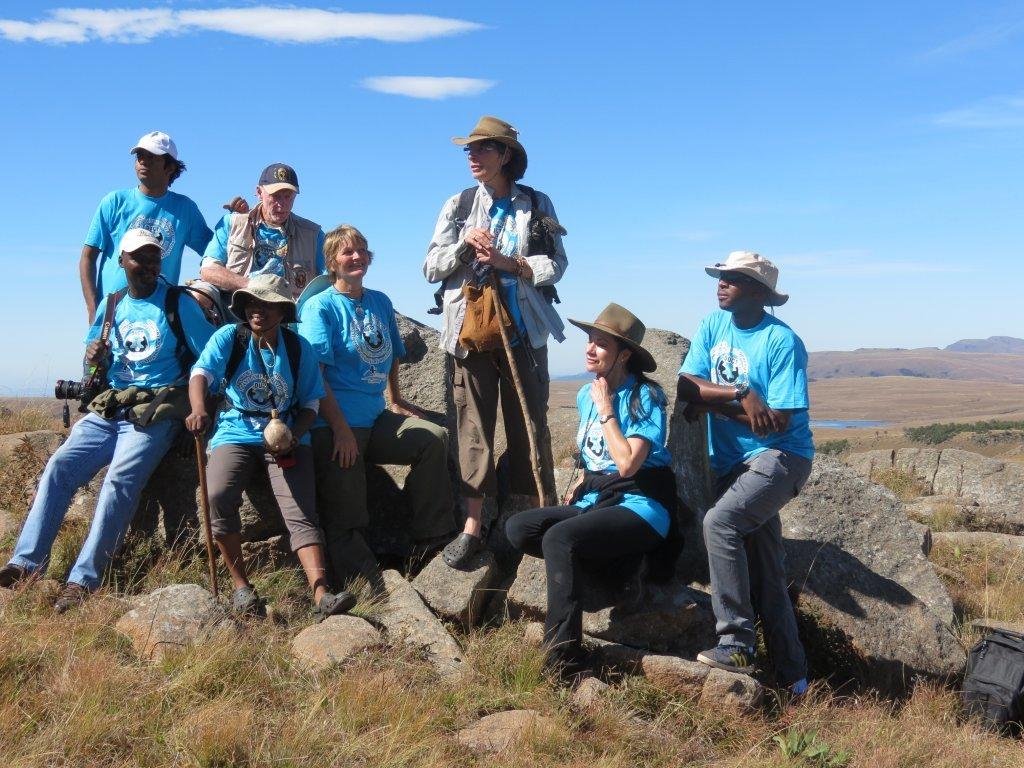 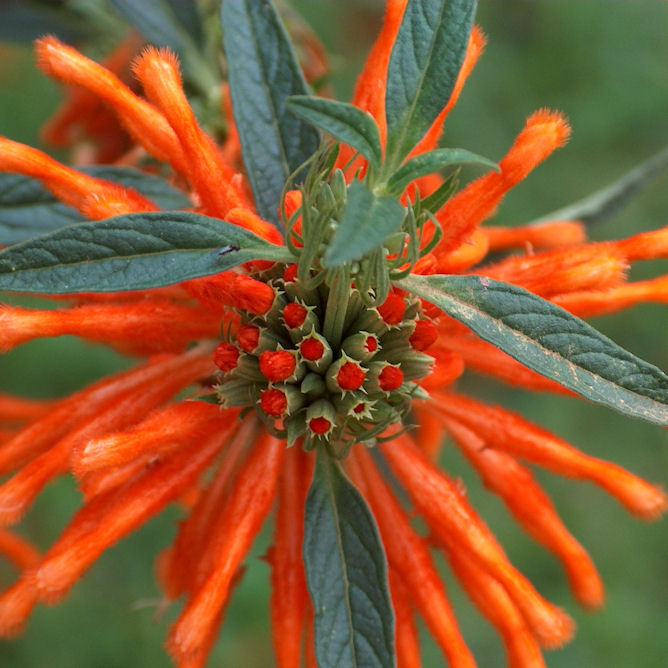 What a lot of Eco-Action! This year the Indigenous Plant Fair returns to its roots at the KZN Botanic Garden in Pietermaritzburg.  Since those early days (2004), the Fair has grown to include food pl... 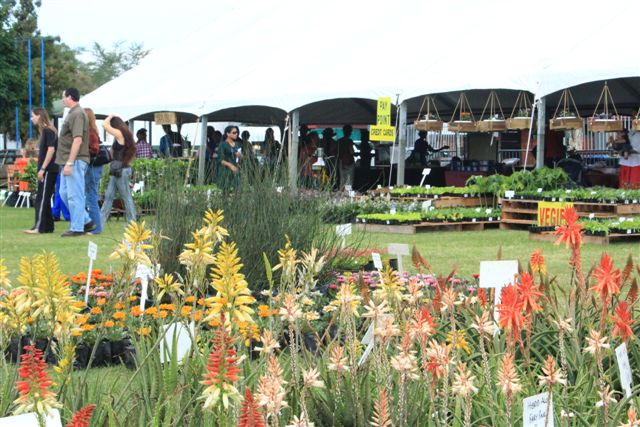